Named in memory of Francis B. Tyndall, a native of Sewall Point, Florida, Tyndall field was installed June 13, 1941. Thousands of students have passed through Tyndall, but perhaps no one more famous than Clark Gable, a student during 1943.

Just one year after becoming an Air Defense Command unit, Tyndall facilitated William Tell. William Tell is the nickname for the USAF Air-to-Air Weapons Meet held bi-annually. Tyndall continues to host the competition, but under the sponsorship of Air Combat Command including competition from all over the world.

Panama City is located on the Florida Panhandle surrounded largely by St. Andrew's Bay. The city and neighboring area boast a wide array of cultural options including the Visual Arts Center and Martin Theatre.

Because of the pleasant climate, residents enjoy a variety of outdoor activities ' without surprise, lots of water sports and fishing.

Transportation options include The Bay Town Trolley, which shuttles residents to shopping centers, medical facilities and Panama City Beach. By air, the Northwest Florida Beaches International Airport has service from Southwest and Delta. 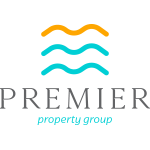