Travis Air Force Base is located in Northern California, close to the cities of Fairfield, Suisun City and Vacaville in Solano County. The Base is located between San Francisco and Sacramento. The closest airports to Travis are Sacramento, approximately 55 minutes, Oakland International, approximately 1 hour and 15 minutes and San Francisco International, approximately 1 hour and 25 minutes. Once at the airport, there are various shuttles, limo services, etc. to get  you to the Base.

Travis Air Force Base is known as the 'Gateway to the Pacific' and handles more passenger traffic and more cargo than any other military air terminal in the US.

Upon arriving at Travis AFB you will have many options for housing, both on-base and in the community. For all of Solano County the average price, which includes condos, townhomes and single family homes, is $201,951. The median price is $180,000.

Since Travis Air Force Base is just over an hour from San Francisco, when you hear people say they're going to 'the city,' it means they're heading into San Francisco. You'll also hear 'I'm going to BART it,' which means they are taking Bay Area Rapid Transport. (The nearest BART train is the North Concord/Martinez Station, about 30 miles away.) 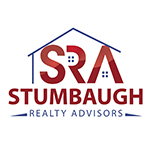