Nestled close to the bustling metropolises of St. Louis and Springfield is Belleville, Illinois. For nearly two hundred years, people have called Belleville home, including the Scott Air Force Base. It has transformed over the years, from a new settling point for immigrants to a transportation manufacturing center, but through all these evolutions, it still has that special something to make people call it home.

What started as dirt runways, quick war time flight schools, inventive aircraft, and a lot of brave enlisted and officer personnel- due to a tragic and unpredictable turn of events- was christened Scott Air Field. Scott Air Field was named for the first enlisted person killed in an aviation crash, Corporal Frank S. Scott, which later became Scott Air Force Base. Scott AFB is located in the heart of the United States.  It is run by the 375th Air Mobility Wing, who brought in and made a home for Air Force Reserve Command's 932nd Airlift Wing, and the Illinois Air National Guard's 126th Air Refueling Wing. Scott AFB is not only for the United States Military use it is also part of a Joint Use Operation with civilian aircraft and operations fittingly name Mid America St. Louis Airport. Scott Air Force Base creates roughly 6,800 indirect jobs in the local communities with an economic impact in 2012 of roughly $1.66 Billion which includes retirees to the Metro East Area. There are an estimated 18,332 retired military members in the local Metro East Area.

If you are looking for some unique things to do in the area, try one of the oldest philharmonic orchestras in the country, the Belleville Philharmonic Society. If celebrations are more interesting to you, Belleville hosts many unique festivals throughout the year, to the Wine Dine and Jazz festival in June, to the Gingerbread Walk in December.

Come to Belleville and fall in love with this beautiful place to call home! 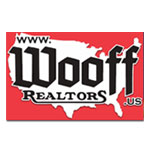