Schofield Barracks, made famous as the setting for James Jones' novel From Here to Eternity, is a U.S. Army post adjacent to the Oahu town of Wahiawa.  Since 1941, Schofield has been home to the 25th Infantry Division, known as Tropic Lightning.

Nearby civilian off base housing includes the neighborhoods of Aiea, Ewa Beach, Honolulu, Kapolei, Makakilo, Mililani, Pearl City and Wahiawa.

Fort Shafter is headquarters of the U.S. Army, Pacific (USARPAC) and commands most Army forces in the Asia-Pacific region with the exception of Korea. At 100+ years old, it is the oldest military base on Oahu. It was named for Major General William Rufus Shafter (1835'1906)and spans approximately 590 acres.

5,000+ personnel (soldiers, civilians, contractors, and military dependents) live and work at Ft. Shafter with oversight of more than 25,000 full-time Soldiers and civilians employed throughout the Pacific and 9,000 more in the National Guard and Army Reserve.

Nearby civilian off base housing includes the neighborhoods of Aiea, Ewa Beach, Honolulu, Kapolei, Makakilo, Mililani, Pearl City and Wahiawa.

According to the Hawaii Chamber of Commerce:

Hawaii's defense and tourism industries are the leading business revenue generators in Hawaii's economy. Annual defense expenditures account for generating $12.2 billion into Hawaii's economy annually. Defense procurement contracts awarded to Hawaii businesses more than doubled from $1.0 billion in the mid-1990s to $2.3 billion in 2009. 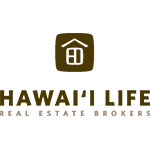