About Robins Air Force Base

The in , known as Robins Air Force Base, is the largest industrial complex in . In fact, there are only two other such centers in the entire US. Robins AFB occupies 8,435 acres, and is home to 14 million+ square feet of administrative, storage and maintenance facilities. Over 27,000 are currently employed at Robins AFB, including military, contractors, civilians and others.

Warner Robins is the 9th largest city in Georgia, and is known as the 'International City' due to the cultural diversity of the population.

The Air Force originally was attracted to the area during WWII; at the urging of the first base commander, Colonel Thomas, the name of the town was changed from Wellston to Warner Robins in honor of Brigadier General Augustine Warner Robins.

There are approximately 2,000 retail businesses within the city limits of Warner Robins, and the area has more than 140 civic and service clubs, plus over 100 houses of worship. There are also several military-oriented social groups, from Robins Pacers Running Club to Military Wives and Mommies!

The climate is mild with an average winter temperature of 46 degrees and a gentle summer day average of 82.4 degrees. Temperatures are higher in late August.

In Warner Robins, parks are plentiful, crime is low and the people are friendly! Warner Robins is expanding in all directions, and its growth and change are constant, with new residents joining our community every year. All in all, it's a great place to call home.

Local insight: Warner Robins is located in Houston County, GA, but if you pronounce Houston like they do in Texas, we'll know you're not from around here! We pronounce it 'house-din.'

The Museum of Aviation: www.museumofaviation.org/ 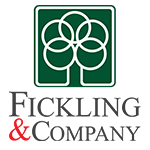