Encompassing Huntsville, Madison, Decatur, Athens and numerous surrounding communities, the Tennessee Valley region of North Alabama is geographically diverse with rivers, lakes, wetlands, mountains, and one of the largest networks of limestone caves in the world.  North Alabama's vast water resources and mountainous areas provide the backdrop for a wide array of outdoor recreation. Hunting, fishing, hiking, mountain biking, kayaking, boating and water skiing are just a few of the activities available just minutes from your driveway.

The area also features a number of Alabama's top attractions, among those are The U.S. Space and Rocket Center, Space Camp, Monte Sano State Park and the Huntsville Botanical Garden.  In addition, the Huntsville community strongly supports the arts with a professional symphony, community ballet, an annual line-up of top touring Broadway productions and numerous local theater groups. The city also offers a network of museums from fine art to interactive children's to those of historical interest.

Huntsville is home to Redstone Arsenal and NASA's Marshall Space Flight Center. The nearly 38,000 acre base employs approximately 30,000 civilian workers and 6,000 NASA personnel.  Bordering Redstone is Huntsville's Cummings Research Park ' the nation's second largest ' employing 25,000 high tech workers in over 10 million square feet of office space.  Many Fortune 500 companies are represented among the over 300 located in the park.  The Huntsville Metro Area has the highest per capita concentration of engineers of any community in the country.

The Huntsville Metropolitan Statistical Area (MSA) has a population of approximately 417,593 persons; while the area's regional population consists of over 862,000 residents.  The U.S. Census Bureau estimates that as of 2010, the City of Huntsville was the home of 77,033 households, with an average income of $75,911. An enduring economic success story is that of the City of Huntsville and Redstone Arsenal. The City of Huntsville and Redstone Arsenal have lived, worked, and grown together for more than sixty years. Their relationship has developed into a synergistic partnership that strongly supports the U.S. Army mission and the quality of life of the soldiers and civilians who call this region home. 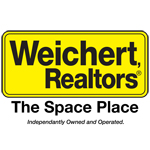