About Patrick Air Force Base

Patrick Air Force Base, originally opened in 1940 and located in Satellite Beach, Florida is home to approximately 1200 residents.  There are 13,000 military, dependents, civilian employees and contractors on base.

Satellite Beach is located south east of Orlando along the east coast of Florida.   Great surfing and swimming make this city good for enjoying the Florida sun and the Atlantic Ocean.  Tourists and residents love watching the turtles, as well as fishing and traveling around the coastline in boats.  Also known as the Space Coast, Satellite Beach and the surrounding cities are key locations to view rocket launches from Cape Canaveral. There's quick and easy access along Highway A1A to and from Patrick Air Force Base, as well as Port Canaveral, NASA and the Orlando Area.

For those interested in furthering their education we have several excellent colleges.

Numerous industries offer opportunities for young professionals and their families.

Our weather is mostly beautiful year round and thus has become a mecca for retirees. 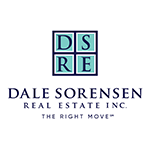