Naval Station Mayport is a major U.S. Naval base located seven miles east of Jacksonville, FL at the base of the St. John's River.

Naval Station Mayport was commissioned in December 1942 as a U.S. Naval Section Base. However, Naval Station Mayport has grown to become the third largest naval fleet in the United States. Mayport has a busy harbor capable of accommodating 34 ships and an 8,000-foot runway that can handle most any aircraft in the Department of Defense inventory. It currently hosts frigates, four cruisers, four destroyers and four helicopter squadrons.

To meet the ever-growing needs of the base population, the amenities offered at Naval Station Mayport have grown as well.  In March of 2000 the base built a center for single sailors named Planet Mayport, which provides a computer/Internet surfing room, game area, movie-theater and a library.  The Surfside Fitness Center on base offers a full-service fitness center, including basketball, volleyball and indoor racquetball courts.  Mayport also offers family support programs, counseling and life enrichment classes.

Mayport is tucked away from the hustle and bustle with a close community feel, yet still surrounded by districts of shopping, art galleries, theatres, eclectic dining and entertainment choices. You will find a very pleasant selection of homes and condominiums nestled between the Intracoastal Waterway and St. John's River. The towering oak trees, tropical palms and wonderful sandy beaches of the Atlantic Ocean welcome any resident.  Mayport is convenient to downtown Jacksonville, FL home of the NFL Team Jacksonville Jaguars, Jacksonville International Airport and two hours from Orlando's theme parks.

Some major employers include Blue Cross and Blue Shield of Florida, Publix's distribution center, The Mayo Clinic, CSX, Bank of America and Aetna Inc., just to name a few.

If you are a newcomer to Jacksonville, here are a few things to know: 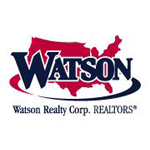