Our Naval Air Station in Lemoore California is located in Kings County, an area that offers a small town atmosphere with many recreational activities nearby.  Though a smaller city, many call Lemoore home, from Olympian Sprinter, Tommie Smith, to NASA astronaut Michael Baker. Downtown Lemoore and Hanford are charming and offer shopping, parks, a golf course, farmers' market, and much much.  Fresno, the Central Valley's largest metropolitan area, offers many cultural and entertaining excursions including the Cahfee Zoo, museums, festivals, rodeos, and the Big Fresno Fair (California's 5th largest fair).  Located in the rich agricultural area known as the San Joaquin Valley, NAS Lemoore offers sailors, marines and civilians a "hometown" feel of rural America, yet surrounding it are California's playgrounds- Los Angeles, San Francisco, the Sierra Mountains, and the Pacific Ocean, all within a few hours' drive.

The weather is hot and dry in the summer with temperatures sometimes soaring over 100F and the winter months are cold and foggy in the mornings with sunny skies in the afternoons, with night time lows sometimes dipping below freezing.

Situated on more than 18,700 acres, NAS Lemoore is the base for the Pacific Strike Fighter Wing and its supporting facilities.  The primary aircraft based at NAS Lemoore is the F/A-18 Hornet Strike Strike Fighter.  Although commissioned in 1961, NAS Lmeoore is the newest and largest Master Jet Base in the US Navy.  In July 1998, NAS Lemoore was selected as the west coast site for the Navy's newest strike-fighter aircraft, the F/A-18E/F Super Hornet, which currently makes NAS Lemoore the host of the Navy's entire west coast fighter/attack capability.  NAS Lemoore currently employs more than 7,600 people, making it the third largest industry in Kings County.  It also averages approximately 210,000 flight operations per year making it one of the busiest airfields in the Navy.

The base also includes a Naval Hospital, a state of the art, 16 bed, community hospital which has been fully accredited by The Joint Commission and which has earned their "Gold Seal of Approval".

There are many ways to get to know the area'whether enjoying the beautiful California sunshine or visiting unique exhibits such as the Sarah Mooney Memorial Museum, which is dedicated to the Victorian era and includes many pieces that have been donated from Lemoore's own residents and families!

For all this and more, see for yourself why Lemoore is a great place to call home! 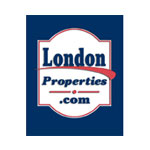