About Joint Base Cape Cod

Nestled in the easternmost part of Massachusetts, "the Cape" is an extremely popular tourist destination. With its many beaches, unique shops and boutiques, restaurants and seasonal festivals Cape Cod is so desirable that many people live their permanently.

The area has plenty to offer its residents; there are plenty of ways to stay active on the Cape. In addition to the beaches residents take advantage of fishing, boating, hiking, tennis, basketball: really any sport you could want.

At 8:34 a.m. on September 11, 2001, Air Station Cape Cod, which was then known as Otis Air Force Base, received notification that American Airlines Flight 11 had been hijacked. Within minutes, two F-1 fighter jets left the base and headed for Manhattan at supersonic speed to attempt to intercept the hijacked liner. Their efforts would not succeed, but the F1 pilots made a valiant effort to protect their nation.

These and other rescue missions originate at the Massachusetts Military Reservation (MMR), a joint operation of the Army and Air Force National Guard and the U.S. Coast Guard. The 21,000-acre site includes sections of Bourne, Mashpee and Sandwich and is centered in the Western section of Cape Cod. It is the landing site for Air Force One when President Obama vacations on Martha's Vineyard with his family.

The Coast Guard took control of all MMR aviation facilities from the Air Force at the end of 2006, and while local residents still refer to the base as Otis, media reports always identify the area as Coast Guard Air Station Cape Cod (ASCC).

Military personnel live on the base in 508 housing units, including single ranch homes, and flat-top and multiplex townhouses with playgrounds and a medical facility on-site. The station operates under the leadership of Commanding Officer Captain David Throop.

In a typical 12-month period, the ASCC is involved in about 250 search and rescue missions and saves nearly 100 individuals from peril on the seas. The ASCC provides port, waterway and coastal homeland security from New Jersey to the Canadian border. It houses four helicopters and four jets, which are able to launch within 30 minutes of a call, and it is the only Coast Guard air station in the northeast.

Bourne, Mashpee and Sandwich are part of the Upper Cape and are the closest towns to the Massachusetts mainland. For more information about Cape Cod schools, click here. 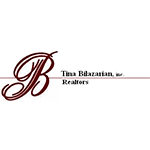 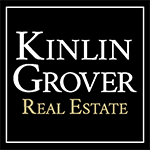