Located in the "Gateway Region" (alternatively "Tri-Cities Region" or "Appomattox Basin") of Virginia, Fort Lee Military Base supports a daily population of over 45,000. Originally, Fort Lee was largely an Army Base, until the 2005 Base Realignment and Closure (BRAC) created a 'joint force' at Fort Lee, including Marine Corps, Air Force, Navy, Transportation Management, a Culinary School, and other Department of Defense organizations. The Army maintains a large presence at Fort Lee through the Sustainment Center of Excellence, the Ordinance Center and Schools, Transportation Center and Schools, Quartermaster Center and Schools, as well as many other tenant organizations.

Fort Lee's location just south of the capital (Richmond), allows for easy access to common destinations. Richmond International Airport, code RIC, is 22 miles and about a 30 minute drive straight up I-295 from Fort Lee. Downtown Richmond and many surrounding attractions are also about 30 minutes away, with a GRTC bus available directly into the city. Other places to go include Norfolk/Virginia Beach (2 hrs), Blue Ridge Mountains (2.5 hrs), Washington, D.C. (2.5 hrs), and Raleigh, NC (2.5 hrs).

The average daily student population at Fort Lee has nearly doubled since 2005 to just over 11,000 in 2012. Other population growth has occurred as a result of the BRAC bringing a large military, civilian, and contractor workforce, along with their family members. The positive economic impact on the surrounding area has been significant, estimated at $1.7 billion for 2013. One example of this impact is the recent retail and shopping development at nearby Southpark Mall.

Though there is some base housing on Fort Lee, the surrounding areas provide the majority of homes for the military, civilian and contractor workforce. According to projections in the "Fort Lee Growth Management Plan 2008," the following areas are where those working at Fort Lee live*:

The Gateway Region has seen recent employment growth including Rolls Royce Motors, Wal-Mart (distribution center), Amazon.com (fulfillment center), and Honeywell International, Inc. The larger Richmond area is also home to headquarters or major offices of Capital One, MeadWestvaco, Altria, DuPont, SunTrust, Wells Fargo, the Federal Reserve, and many more. Health care facilities are both a huge asset to the community as well as significant employers, including the VCU/MCV, Bon Secours, and HCA Health Systems, and the United Network for Organ Sharing (UNOS) is headquartered in Richmond as well.

As for education, public school districts in Virginia are organized by city and county. The Virginia Department of Education publishes Report Cards for each district and school annually, which can be found here.

The Gateway Region is home to some of Virginia's most significant historical sites, representing Colonial Virginia, the Revolutionary War and the Civil War. Petersburg National Battlefield (a National Park) adjoins Fort Lee and is the site of the Battle of the Crater. Nearby is also Pamplin Historical Park (with the National Museum of the Civil War Soldier), and the Citie of Henricus, the Virginia colony's second oldest settlement. The Appomattox River is beautiful and lively with watersports, fishing, and bird watching. 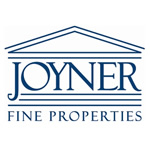