The area has one of the top ten zoos in the country, twelve live performing theaters, three museums and SEC college sports. While a number of military bases have downsized in recent years, Fort Jackson continues to sustain a high level of activity and has added new training institutions. It serves as one of the area's largest employers, with approximately 440 civilian employees, and is the largest and most active initial training center is the US. Many of those assigned to Fort Jackson like the area so much they choose to remain here after service. More than 115,000 military retirees live in the Columbia area and take advantage of the services provided by Fort Jackson, including a major medical facility.

Columbia is the center of South Carolina, allowing for a short drive to the mountains, or to some of the most beautiful beaches in the country, just two or three hours away. This area is also home to Lake Murray, a recreational and fishing lake that sprawls over 78 square miles. Striped and largemouth bass thrive in the deep cold water created by the largest manmade earthen dam in the US. In addition to Lake Murray, there are 3 rivers offering white water rafting, fishing and walking trails.

The Riverbanks Zoo, set on the Saluda River, is home to more than 2,000 animals, duplicating their natural surroundings as closely as possible. The Riverbanks Botanical Garden is connected to the zoo by a bridge that leads visitors to a beautifully landscaped area and scenic nature trails.

If you prefer indoor activities, there are plenty of shopping opportunities in Columbia. From regional malls to charming historic districts, neighborhood plazas, farmers' markets and more, shopping is available around every corner.

Education is one of the most important considerations for families with children when relocating; the Columbia area is home to a number of award-winning public schools, and also offers a variety of private schools from which to choose: Richland School District Two is one of the fastest-growing districts in the state, and also one of the most oft-awarded: with 18 elementary schools, seven middle schools, four high schools, and a variety of magnet programs, District Two can satisfy any child's educational needs.

Richland District One is one of the largest school districts in the state, in terms of area, and has 50 schools within its borders, many of which have won various awards: 28 elementary schools, nine middle schools, seven high schools, and six special/charter schools.

Housing options are diverse and range from condominiums downtown to planned communities outside the city. Inside the city you will find historic and long established neighborhoods, while the perimeter offers more large new home communities. Columbia's housing market is relatively stable and affordable, with a median sales price for homes of $117,500. Sales prices have depreciated 6% over the last five years in Columbia.

Due to its central location within the state, Columbia has always been a transportation hub. Three major rivers within the state converge in Columbia: the Broad, Saluda, and Congaree, so river traffic was once huge, then the railroads took over (there are still tracks all over the city and an Amtrak station in the Vista). After the heyday of the railroad, interstates were built and I-26(to Greenville and Charleston), I-20(to Atlanta and Florence) and I-77(to Charlotte) run right through Columbia. Columbia also has its own commercial airport, across the river in Lexington County.

While the largest employer in Columbia is the government (at various levels: federal, state, local), other large employers include the University of South Carolina, Westinghouse, Bose, Richtex, Palmetto Health, and BlueCross BlueShield, all of whom employ over 400 people.

Regardless of where you choose to live, you are sure to find the greatest asset will be the warmth and friendliness of your new neighbors. Without a doubt, this area creates a perfect blend of Southern hospitality and charm with the most contemporary amenities. 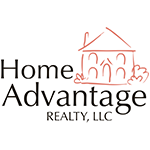