Fort Hood, Texas is the largest active duty armored post in the U.S. Armed Services.  It is home to two divisions, 1st Cavalry Division and 4th Infantry Division (Mechanized), Headquarters Command III Corps, 3d Signal Brigade, 13th Corps Support Command (COSCOM), 13th Financial Group, 89th Military Police Brigade, 504th Military Intelligence Brigade, the 21st Cavalary Brigade (Air Combat), the Dental Activity (DENTAC), the Medical Support Activity (MEDDAC), Army Operational Test Command (AOTC) formerly TEXCOM, Carl R. Darnall Army Medical Center and and various other units and tenant organizations.  Approximately 46,500 soldiers work on Fort Hood and include infantrymen, calvarymen, tankers, engineers, mechanics and health care professionals.
Land for Camp Hood was originally purchased seventy years ago and included 108,000 acres of rural farming land.  The post was renamed eight years later as Fort Hood and made a permanent installation that transformed into the 340 square mile home of the Tank Destroyer Tactical Firing Center.
Located in the hill and lake country, the Central Texas area and its people are proud and supportive of our military members and their families.  Beginning with the original 300 families that first occupied what became Camp Hood through our thriving current community, the civilian population are a warm and welcoming group who want all of those who live in our area to feel at home whether here for a short term or a lifetime.
The climate is great for outdoor adventures with our average annual temperature of 69.7 degrees.  Winters are mild and even when the summers heat up, there are plenty of recreational activities to help you keep cool including installation and public swimming pools as well as our local lakes, golf courses, theaters, country clubs, parks and sports fields.
Education abounds in many formats in the Central Texas area including:  Killeen Independent School District, Copperas Cove Independent School District, Lampasas Independent School District, Belton Independent School District, Temple Independent School District, Salado Independent School District and Florence Independent School District along with private preschools, elementary and secondary schools.
University-level degrees may also be obtained locally from associates and technology training through advanced degrees through The University of Mary Hardin-Baylor, Central Texas College, Texas A & M-Central Texas, and Temple College.
Centrally located, the Fort Hood and Central Texas area are only an hour drive from Austin and Waco, as well as a three hour drive to the Dallas/Fort Worth area and San Antonio.
Welcome  home to Fort Hood and Central Texas! 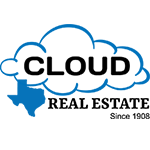