Camp Gordon was originally established in Augusta, GA in 1917 as a training base for World War II soldiers and home of the famous 82nd Airborne Division.  The Camp was named for John Brown Gordon, who was a major general in the Confederate army, a Georgia governor, a U.S. senator, and a businessman.  In 1956, the Camp was renamed Fort Gordon.  Although Fort Gordon is known as "Home of the Signal Corp," it missions extend well beyond that.

Fort Gordon was designated as U.S. Army Cyber Command headquarters in 2013.   Under this mission, Fort Gordon is the proponent for integrating, synchronizing and coordinating capability developments throughout the Army.  Fort Gordon is also home of the largest Microsoft Certified Training Academy, so it provides programming, software development, network management, design and computer repair services.

Also at Fort Gordon, the National Security Agency/Central Security System, Georgia, (NSA CSS GA) performs a real-world strategic intelligence mission primarily in support of US Central Command and US European Command and is only one of three such facilities worldwide.

The Army National Guard also sponsors the Fort Gordon Youth Challenge Academy, which is designed to enable at risk high school dropouts to attain their GED and life skills training to better prepare them to be productive and successful citizens. 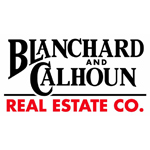 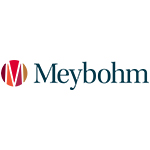