Fort Detrick is located near Frederick, MD, nestled in the foothills of the Blue Ridge and Catoctin Mountain ranges. Frederick is at the crossroads of American History, with Gettysburg and Antietam Battle Fields and Harper's Ferry, WV a short distance to the north and west; and less than an hour's drive from both Washington DC and Baltimore to the south and east.

A stroll along the charming Carroll Creek Promenade is a great way to explore Downtown Frederick, which offers a diversity of dining and shopping options, from national chains to locally owned and operated establishments.

Neighborhoods vary from a 50 block Historic district, to subdivisions of resale and new construction homes, many featuring 'green' building techniques. Housing options include single family, townhomes and apartments, and 'Farmettes' are also available. Housing costs are affordable compared to the counties closer to Washington D.C. and Baltimore metropolitan area. Rents range from $600 to $1500/month, and the median sales price of a single family home is about $300,000.

For the adventurous, there are 90 national, state, county and municipal parks. The National Parks offer stunning natural settings for hiking, biking, canoeing and kayaking. There are several fine wineries, orchards and farmers markets. Frederick County golf courses have served as host sites for PGA championships. Harry Grove Stadium is the home of the Frederick Keys Class-A Carolina League Affiliate of the Baltimore Orioles. Looking for a larger body of water? The historic town of Annapolis on the Chesapeake Bay is just 70 miles away, and the beautiful Atlantic Ocean Beaches of Ocean City, Maryland are another 120 miles beyond Annapolis.

There are 3 major airports, Dulles, Washington National and Baltimore-Washington International, within an hour of Frederick. Additionally, the City of Frederick Municipal Airport provides a wide range of services for aircraft owners and operators. The airport is just finishing a new flight control tower and runway extension.

The quality of life enjoyed by its residents has made Frederick's an attractive location for many businesses and their employees; yet the city (with a population of 63,000) and the county (population 230,000) retains its charm.

Fort Detrick is a US Army Garrison which supports the Departments of Veterans Affairs, Defense, Homeland Security, Health and Human Services and Agriculture, as well as all four Military Services. Fort Detrick's Army mission partners are Materiel Command, the 21st Signal Brigade and Medical Research.

Fort Detrick is the largest employer in the area with 9,200 personnel, followed by the Board of Education with 5,500, and Frederick Memorial Hospital with 2,650. Other large local employers include Wells Fargo, United Health Care, State Farm Insurance, Bechtel Corporation and Plamondon Hospitality Partners. The unemployment rate in Frederick County, MD is 6%, well below the national average.

Approximately 20% of Frederick residents commute down the Washington corridor or towards Baltimore and Fort Meade. 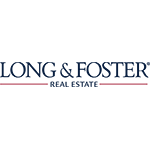