...to the nation's most military-friendly place. As home to Fort Bragg/Pope Army Air Field- one of the nation's premier military installations- the greater Fayetteville, North Carolina area has strong military connections and a long and proud tradition of patriotism. Members of the military and their families, as well as retirees, will find warm hospitality and extraordinary support in this wonderful community that has so much to offer. In 2008, Fayetteville was declared "The World's First Sanctuary for Military Families." In recognition of the city's support for military families, Time magazine declared Fayetteville as America's most pro-military town.

Home to some of America's most elite military forces, Fort Bragg is the headquarters of the 82nd Airborne Division, the XVIII Airborne Corps, the U.S. Army Special Operations Command, the U.S. Army Forces Command and the U.S Army Reserve Command. With the recent transfer of the Army Forces and Army Reserve Commands from the Atlanta area, Fort Bragg has been dubbed the "Pentagon of the South."

Covering over 250 acres of land, Fort Bragg is actually located in four counties: Cumberland, Hoke, Harnett and Moore. There are approximately 56,000 soldiers and 39 Flag Officers stationed here, along with 14,000 Department of Defense civilian employees.

The greater Fayetteville/Cumberland County area offers an exceptional quality of life. Recently named an All-America City for a remarkable third time, Fayetteville has big city amenities combined with small town hospitality and charm. As the largest city in the area, Fayetteville's resources and attractions are available for everyone in Cumberland and the surrounding counties to enjoy. The affordable cost of living, an abundance of home choices, a convenient central location, a year-round mild climate and welcoming neighbors make this area a great place to call home.

With its rich history, world class attractions and vast recreational opportunities, the Fayetteville area has much to see and do. Major attractions include:

Fayetteville dates back to the 1760's, when early settlers established communities along the banks of the Cape Fear River and Cross Creek; it is one of many U.S. cities named for the Revolutionary War hero the Marquis de Lafayette, and the only one the Marquis actually visited. Fayetteville is also where a young Baltimore Oriole named George Herman Ruth hit his first professional home run, on March 7, 1914. On that day, local fans dubbed this youthful player and impressive hitter 'Babe,' the nickname he would keep for life.

Fayetteville's ideal location, along I-95, halfway between New York and Florida ' makes travel convenient. The area is served by the Fayetteville Regional Airport, an Amtrak station and a Greyhound bus terminal. The renowned beaches of the Carolinas (including Myrtle Beach) are within a two hour drive, and the breathtaking Blue Ridge Mountains are 250 miles to the west.

Large area employers include Cape Fear Valley Health System, with over 5,000 employees; Goodyear Tire Co., which employs about 3,500 people; and the Wal-Mart Corporation, with a distribution center and several retail stores throughout the area.

Greater Fayetteville offers a wide range of home choices: from single-family homes to townhomes, condominiums and apartments, from new construction to historic homes, as well as lots for build-to-suit homes. This family-friendly area has many wonderful neighborhoods including gated communities, golf course communities and others with resort-style amenities. Homes are available in virtually any price range, and the average price for existing homes in the Fayetteville area is $114,089.

The Cumberland County public school system has 85 schools, including elementary, middle and high schools, as well as a year-round classical school and two special schools. Serving more than 53,000 students, this school system provides the resources of a large district, along with the personal approach to education generally found in smaller districts. The Cumberland County school system has been recognized by educators as an innovative district offering a complete educational experience, including a "Governed Schools of Choice" program. A number of private schools in the area, including religious-affiliated schools, offer other options. 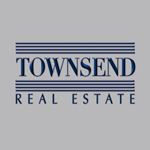