Only 34 years after its incorporation, the city of Chicago suffered a great tragedy: the Great Chicago Fire of 1871. The blaze left a third of the city in ashes, destroying much of its initial development.  Although this was one of the century's most monumental disasters, it spurred a period of rapid re-growth that paved the way for new architectural development.  Starting from scratch, developers began to integrate more modern structures into the city's skyline; in fact, Chicago is home to the first skyscraper, built in 1855. Now the city is known to be the birthplace of American architecture, and such a standing has left its mark on Chicago's residential real estate market, even over 150 years later.

For the true city-dweller who is looking to live and work in the heart of Chicago, finding a condo or loft in or near the Loop may be the answer. A residence in the Loop allows close proximity to business and entertainment attractions, such as the City Hall, Thompson Center, Daley Center, Downtown Theatre District, the Art Institute of Chicago, and other museums and learning centers.  You can find a great range of prices when looking for high-rise condominiums for sale in the Loop, and currently there are many new residential developments underway. Lofts and loft-style condominiums in downtown Chicago have become increasingly popular. These converted factories and warehouses can offer unique architectural details, such as exposed original brick and woodwork, and wide open floor plans. Chicago lofts can vary in price ranging anywhere from $190,000 to $1.5 million, but typically average around $300,000.

There is a home for every lifestyle in Chicago. And with an ever-growing real estate market that continues to rise in value (around 10% every year for the last decade), this city is a wise relocation destination; a place where your home is not just a home, but also an investment. 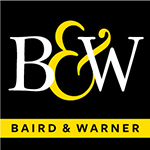