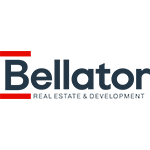 Bellator Real Estate & Development is a veteran-owned, independent real estate brokerage operating in southern Alabama. Bellator specializes in the development, listing and sale of all property types across the region from luxury gulf front condominiums to historic Antebellum homes in Midtown Mobile, and everything in between.
Bellator honors our nation's military and gives thanks daily for the privilege to live freely in this country protected by our brave servicemen and women. Nathan L. Cox, founder and CEO, started the brokerage in 2008 following his career as a First Lieutenant and Platoon Commander in the U.S. Marine Corps. Bellator's Chief Leadership Officer, Brad Israel, joined the company after serving as a Major and Special Forces Detachment Commander in the U.S. Army. Bellator has been proud to participate in fundraising efforts alongside Cox to design and build the Fallen Heroes Memorial at the U.S.S. Alabama battleship site, a stunning display dedicated to all the fallen U.S. soldiers since 2001 who called their Alabama home.
Bellator has seen rapid growth and success in its short life as a company, and it continues to grow through its thriving culture and commitment to building better economies and communities in Mobile and Baldwin counties. The entire Bellator team is honored to serve the real estate needs of our military community.